The stable operation of the Montenegrin Commercial Bank (CKB) is important for the entire banking sector, said the Governor of the Central Bank of Montenegro (CKBCG), Radoje Žugić.

As reported by the CBCG, Žugić met today with the representatives of the CKB supervisory board – Daniel Gyuris, president and Igor Noveljić, member, and the chief executive officer of the bank, Tamaš Kamaraši.

Gyuris, as stated, praised the quality of the Montenegrin regulatory framework related to the operations of banks and its compliance with European standards.

He pointed out that CKB has the strong support of the parent OTP group to further strengthen its position on the Montenegrin banking market.

In this direction, as it is added, plans for the next period are related to further business improvement, primarily through investing in technology to improve and modernize services, especially for the population sector.

“The interlocutors concluded that CKB Bank successfully managed the problem of abuse of official position by part of the employees, in such a way that every established damage caused to clients was compensated, without negative effects on the bank’s stability and business results,” the statement says.

It is added that CKB bank fulfills the legally prescribed parameters related to liquidity and capitalization.

“The stability of CKB banka’s operations is of particular importance, given that it is a systemically important and, according to all business indicators, the largest bank in Montenegro”, Žugić pointed out.

At the meeting, it was concluded that the continuous and substantive communication between the CBCG and the CKB is a good example of effective cooperation between a commercial bank and the regulator, as well as complete transparency of operations, local media reports.

Every fifth hotel on the coast is open in winter

The former resort complex on the foam of the sea sold for EUR 300,000

Zeta Plain potentials are of first-class importance for Montenegrin agriculture 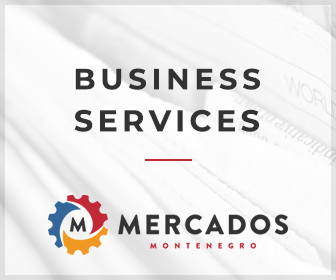